Being Monday Should Be Punishment Enou

People often scoff at me because of my beliefs.

I don’t take it personally – most of the time.

On very rare occasions the scoffers get to witness first hand my beliefs in action. It takes nothing more than a couple occurrences and they:
• Are ready to have me committed
• Stay as far away as possible lest they become a part of the beliefs
• Laugh their butts off
• Become true believers

This past Monday (two days ago to be exact) was a day of conversion and reverence for the truths I have told in the past.

It doesn’t matter what order the events are told in. Most of the details about the events don’t matter. It’s the events themselves that may cause warped minds, wet pants, and the best abdominal workout you’ve experienced in years.

Number 1 on the list of the bizarre and confused: I had in my hand one of those little green cards from the USPS indicating that my certified letter had been received by the recipient. In Monday’s mail, I received both certified letters, unopened, returned to me marked CLOSED. (Huh?)

Number 2 on the hit parade: My car, that is really a Chrysler Town and Country Van, overheated. Big time overheating. Not so good for it or me. It was 97º outside. It was out of water. With the car running and water being added to its coolant system, I was instructed to get inside the van and do something. NOPE. Mr. checker and fixer of all things and locked MY keys in the van with the engine running. This van, like most, has those little pull up unlocking thingies on the front doors. If they are locked, all doors, including the 2 sliding doors are locked. I pulled on the sliding door behind the driver’s door. It opened. Uh, huh. (You figure it out coz I’m leaving this one alone.)

Number 3 on the list of confusing: The company I work for received paperwork from a leasing company for a truck (herein after referred to as Truck A) that was purchased at the end of the lease. The paperwork included a clear title transfer for said vehicle (Truck A). The leasing company is the parent company of the bank we use. We borrowed the money from the bank to buy-out the lease. In essence they still own the truck but I have clear title to it. (Don’t ask coz I don’t know.)

Number 4 in The Day of the Totally Confused: I faxed a copy of the clear title from number 3 (Truck A) to the bank. I received a phone call from the bank. It appears that we financed a truck (Truck B) that is still under lease. There is a lot more to the story but just retelling it is reconfusing me. Suffice it to say, the paperwork does not match the title, and the title has been transferred to the company I work for but the bank still owns it under the lease agreement. (It’s Wednesday and I’m still trying to correct this mess.)

Number 5 on a confused Monday: I was talking to my friend Nana Kaye on my cell phone. She was on her cell phone. My phone began to ring and I didn’t hear her voice anymore. Upon closer inspection of my phone it appeared that I was calling Nana Kaye. The one I was already in a conversation with. (No clues here. I am already confused.)

Number 6 – It’s contagious: I went to the copier to copy. It either refused to feed the originals through to make copies; eat the originals; rotate the original image thereby losing the bottom half of the originals, light up all its lights indicating major malfunction of the operator. (I left the mess for someone else to figure out. I tried leaving the confusion but it was rejected.)

Number 7 – Have you seen my brain?: I printed some documents for the bosses to sign. I was to notarize them, scan and e-mail them to the attorney and then mail the originals. I accomplished one of the 4 steps. I got them printed and signed. Before I could scan them some confusion erupted. After the documents had set on my desk for most of the day, I finally got the address of the attorney then took the originals and the address to the front desk for processing. Our wonderful lady at the front called me with a question that resulted in the documents returning to my desk. Thank God. I had not notarized the signatures, nor had I scanned them and e-mailed them. (Insert appropriated foul language here. I’m sure I did but can’t remember the exact words so you’re on your own.)

Number 8 – Is it margarita time yet?: I scanned the above mentioned documents and tried to e-mail them to the attorney’s office. Each time I sent the e-mail I received a return message indicating that none of my e-mail addresses are allowed to send to the office of the attorney. (Note – I have 7 personal e-mail addresses, but only one business e-mail address associated with this job. I have no personal dealings with this attorney and it would be almost impossible for him to know about the real me and this land I live in.) Apparently it did not matter to the computers at the attorney’s office. I was instructed by the attorney’s legal assistant to skip the e-mail and trust the documents to the USPS. (I’m trusting no one at this point including myself.)

Number 9 – It’s Not My Fault Anymore: Nana Kaye and I registered some months back to participate in one of the largest craft shows in our area. We sent in ONE registration form requesting an inside space. (No one pays to sit outside in 110 degree heat, in July, in Florida). We reviewed the paperwork received from the renting organization. They had so kindly provided us with not one, but TWO spaces OUTSIDE, in July, in Florida, but under the alcove. (Go figure. I would have been surprised if anything was as it should be.)

Number 10 – It’s Five O’clock Somewhere: And I’m on the hunt for Somewhere. Anywhere. As long as it’s far far away from Monday.

Shhhhh. These guys pay me to work here and I’ve used up my entire monthly allotment of confusion in one day.

From the life and mind of:
Wanda M. Argersinger
© 2011 All Rights Reserved
www.wandaargersinger.com

2011-06-30
Wanda Argersinger
Previous: Partly Clouded Today With A 98% Chance of Rage
Next: Company’s Coming – Is It Time To Panic Yet? 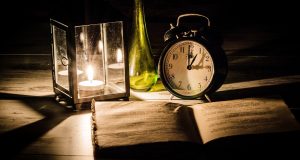 Lost, Confused, and Wondering What’s Next?

My Refrigerator May Have a Drinking Problem 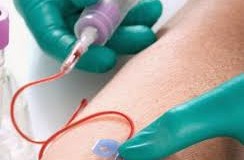 I Am Woman, Hear Me Scream

Designed & Developed By The Egyptian Developers, All Rights Reserved For Wanda M. Argersinger