Posted by: Wanda Argersinger in Life In The Land of Confusion September 27, 2011 8 Comments 408 Views

Rona has been living in a nursing home about 4 hours away from where Rona wants to be.

Rona does not have Alzheimer’s.

Rona does not have a driver’s license.

Rona does not have any problems other than being 89. Well, no problems except perhaps with the staff of the nursing home.

This past weekend, according to Dale, MeMaw became quite upset because her good friend Rona was no longer at the nursing home she had been living in. MeMaw had called Rona only to be told by the nursing home that Rona was no longer there. She had, in the words of the staff, ‘run away’. Rona had escaped with her purse, one pair of clean panties and the will to be free.

MeMaw was understandably concerned for her good friend.

MeMaw worried about Rona being alone on the streets.

MeMaw worried about Rona having enough food to eat.

MeMaw worried about why Rona had taken only one pair of clean panties.

MeMaw worried that Rona had lost her mind.

Being that Dale is the in-charge daughter of MeMaw, Dale was ‘charged’ with the task of either finding Rona or solving the mystery of what happened to her. In addition to locating the missing Rona, Dale was also supposed to call David, Rona’s son, and inform him that his mother had escaped and is wandering the world somewhere, with nothing more than her purse, one pair of clean panties and, we can only assume here, the clothes she had on when she flew the coop.

When Dale got David on the phone, she steadied her nerves and voice enough to let him know that his blessed Momma, Rona, was missing.

No need in even bothering. She did not hear the expected concern or gasp from David. Instead, she heard a voice filled with exasperation.

David – “I know Dale. Momma’s been gone from the nursing home for 6 weeks now. She just plain escaped from that place. She somehow made it to the bus station, took a bus south and is living with a friend in Milton, Florida.”

Dale -“Six weeks? Are you kidding?”

David – “Nope. She made her great escape about dinner time six weeks ago.”

Dale – “You’re not concerned? Are you sending her back?”

David – “I’ve washed my hands of the whole mess. She hated it there, even though it was a lovely place. Had beautiful gardens and everything. I heard it even has some snow in winter and Momma wasn’t even gonna have to deal with clearing it. I can’t keep her anywhere so I’m letting her stay where she is.”

Dale – “Well there had to be something that pushed her to escape.”

David – “Yeah. They didn’t fix her tea and get it to her fast enough.”

David – “Yeah. Apparently they are not up to Momma’s standards when it comes to tea and service. Tepid tea is just not to Momma’s liking. She had all she could stand, so grabbed her purse, her panties, and headed south.”

Dale – “And you aren’t concerned?”

David – “Not any more. Nothing I can do short of locking her up and then she’d just pick the lock. I’m done, Dale. She’s happy in Milton so I’m leaving her there. I’ve taken care of the Nursing home and just gonna let her be where she seems to be happy.”

Dale – “Well, I guess that’s all you can do. But you have to admire her spirit.”

David – “You can admire that spirit if you want to. You don’t have to deal with it. Me? I’m done with all of it.”

Dale hung up the phone chuckling to herself with a new respect for the 89 year old Rona. Dale then called her own Sweet Momma to let her know that Rona had been located. I was not privileged to hear the entire conversation, but the end sounded something like, “well you stay where you are Momma. And if you want tea I’ll be happy to bring it to you. But if you do decide to run away, take more than one pair of panties.”

From the life and mind of:
Wanda M. Argersinger
© 2011 All Rights Reserved
www.wandaargersinger.com

2011-09-27
Wanda Argersinger
Previous: The Isle of Misfit Crochet
Next: Lost In Translation Yet Again 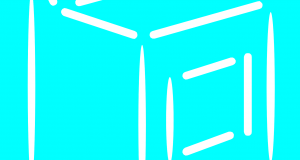 To Wash or Not To Wash

Lost, Confused, and Wondering What’s Next? 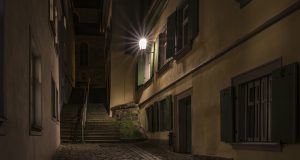 My Refrigerator May Have a Drinking Problem

Designed & Developed By The Egyptian Developers, All Rights Reserved For Wanda M. Argersinger